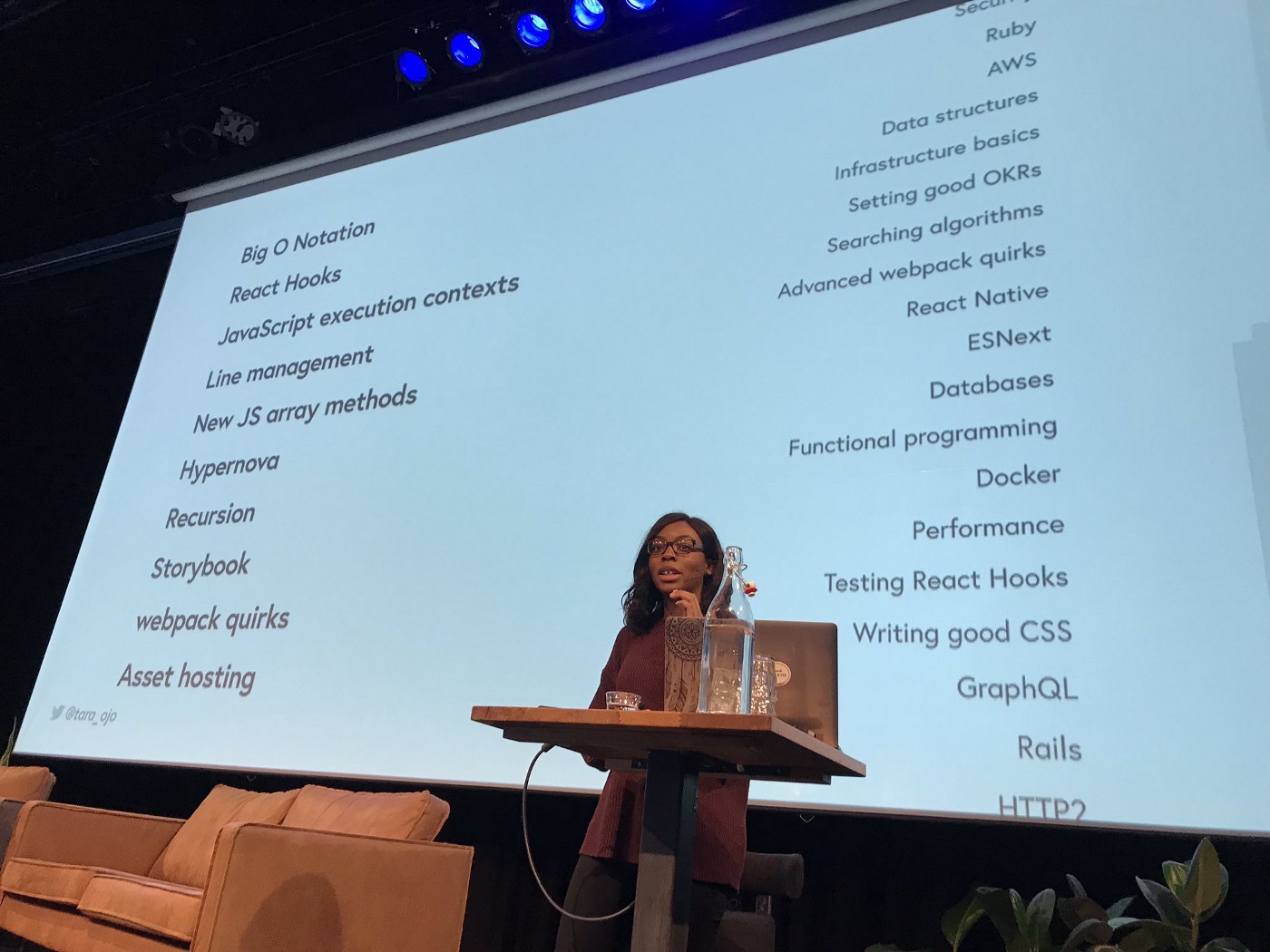 In my attempt to write more in 2020, I want to start by looking back and reflecting over 2019. In 2018 I enjoyed a busy year of travel, speaking and breaking out of my comfort zone in my day to day work. After the whirlwind of that year, 2019 was about dialling back and enjoying life outside of work, I really needed to recuperate 😅

At FutureLearn I moved teams, twice. I’d spent about a year and a half working in a consumer focused team. We worked on features aimed at helping our learners to find the right course for their needs and find them quickly. As much as I loved this team, I also wanted to try something new and learn different skills. In March I moved to a team focused on learning and course creation which was a great opportunity to flex my React muscles some more 😁

It was in that team that I got the opportunity to take on an interim tech lead role while our tech lead went away on paternity leave. I had never had an official “leadership” role before and I didn’t actually see myself as leader 👀 but this was a great chance to try before you buy 😂

Being an interim tech lead was an eye opening 2 months of working a whole bunch of skills that I had barely used before. And, as someone who doesn’t like being bad at anything, I jumped at the opportunity to be a tech lead for realsies in a new product team continuing to grow those skills 🎉.

I ended the year as a tech lead for the scalable platform team with the aim of removing barriers to delivery for product teams. They’re an amazingly skilled team that I love. I worked on infrastructure for the first time ever and we’ve made a number of changes to the platform already that have improved the lives of other engineers in the tech team.

I dialled back hugely on the speaking in 2019. I rinsed my Junior.next() talk in 2018 and learned that even with the same talk, speaking takes a lot of work. In 2019 I spoke at 3 conferences and 2 meetups:

Although I did less external talks, I was still doing internal talks at FutureLearn at things like sprint reviews and learning hours. I’m not sure if I actually dialled back that much on this front 🙈

The best way to go to a conference is definitely as a speaker, mainly for the royal treatment! Though, I went to 3 conferences in 2019 that I was really excited about:

I’m not sure what 2020 holds yet as I have no concrete plans. What I do know is that I want to get better as a leader and a software engineer. And, I want to travel, but for a holiday, not just for a speaking event!

Thanks to Ire Aderinokun for the blog post idea :)